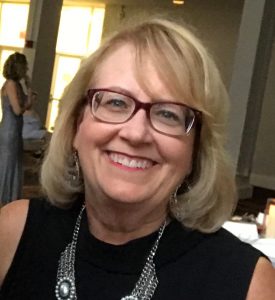 Musical Beginnings began as a piano studio back in 1990 in Westfield, Indiana. Kim Bemis opened the studio as a way of making a little extra money to support her own children’s piano lessons. It quickly became something that she loved doing!

As the years progressed, more and more parents of children 4 and 5 years old requested piano lessons for their child. Kim tried this, mostly in groups, and what she soon found was that the students loved coming to their lessons, but when it came to practicing their songs (and we are only talking 5 to 7 minutes), they quickly became bored and refused to do this, setting up a power struggle between parent and child. Kim saw this was turning children off to music, piano in particular, so she stopped giving lessons to children this young.

Several years later, Kim was involved in a piano teachers’ group, and the program one month was a demonstration of a Kindermusik class. Kim loved the class and immediately wanted to be able to offer Kindermusik to children in the community. So in 1998, Kim opened her own Kindermusik studio in Westfield. Since then Musical Beginnings has grown to include as many as 9 different locations. Reaching out to thousands of families in the northern Indianapolis metropolitan area.

In 2010, Musical Beginnings also began offering the Simply Music piano program. This program completes the spectrum as now we offer music from babies all the way through the elderly. You are never too old or too young for music!

In 2016, we purchased property just east of Westfield on Hwy 32 that has a building for our studio.  We are located at 3966 Westfield Road.  Families from all over central Indiana come for Kindermusik and Simply Music Piano lessons.  We invite you to join our community of families who value music in the lives of our children!